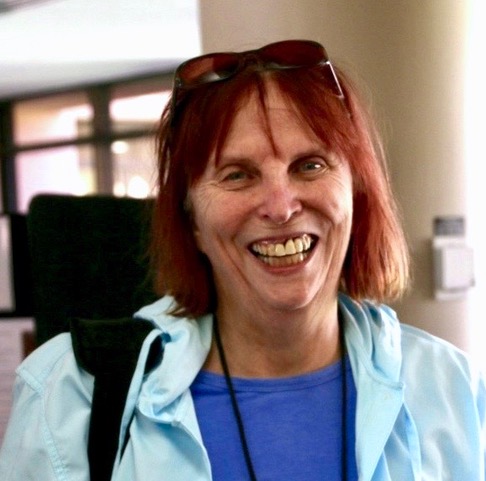 Faye-Ellen Silverman began her music studies before the age of four at the Dalcroze School of Music in New York City. She first achieved national recognition by winning the Parents League Competition, judged by Leopold Stokowski, at the age of 13. She played her winning composition in Carnegie Hall (main hall) – her professional piano debut – and also appeared on the Sonny Fox Wonderama TV program. She holds a BA from Barnard, cum laude and honors in music, and an AM from Harvard and a DMA from Columbia, both in music composition. She spent her junior year of college at Mannes College. Her teachers have included Otto Luening, William Sydeman, Leon Kirchner, Lukas Foss, Vladimir Ussachevsky, and Jack Beeson. Seesaw Music, a division of Subito Music, publishes about 100 of her compositions. She became a published composer at age 24 and an ASCAP member at age 25.  Layered Lament is recorded on New Focus Recordings; Stories for Our Time is recorded on MSR Classics; Zigzags is available on two recordings, one on Crystal Records (Velvet Brown) and the other on a CD available from record outlets (Joanna Ross Hersey); Taming the Furies is available on Capstone, and Passing Fancies, Restless Winds, and Speaking Alone are on New World Recordings. Two entire CDs of her chamber works are on Albany Records. The first, Manhattan Stories, has Translations, Dialogue, Dialogue Continued; Taming the Furies (second recording of this work), Love Songs, and Left Behind. The second CD, Transatlantic Tales, a co-production with the German-Danish guitarist Volkmar Zimmermann, contains Processional, 3 Guitars, In Shadow, Wilde’s World, Danish Delights, and Pregnant Pauses. Oboe-sthenics, her first recording, was released on Finnadar-Atlantic. The LP is out of print, but can still be found.

Silverman’s awards include the selection of her Oboe-sthenics to represent the United States at the International Rostrum of Composers/UNESCO, resulting in international radio broadcasts; winning the Indiana State [Orchestral] Composition Contest, resulting in a performance by the Indianapolis Symphony; a Governor’s Citation; and having September 30, 1982 named Faye-Ellen Silverman Day in Baltimore by Mayor Donald Schaeffer. Additionally, she has been the recipient of a National League of American Pen Women’s biennial music award, yearly Standard Awards from ASCAP (now known as ASCAPlus) since 1983, several Meet the Composer grants, and an American Music Center grant. She has been a fellow at Fundación Valparaiso (chosen as an artist-in-residence grantee), VCCA-France, several times a fellow at the Virginia Center for the Creative Arts, a resident scholar at the Villa Serbelloni of the Rockefeller Foundation, a Composers’ Conference Fellow, a Yaddo Fellow, and a MacDowell Fellow. She is currently a Founding Board Member of the International Women’s Brass Conference (for which she has served as composer-in-residence), a founding member of Music Under Construction, a composers’ collective, and a Board member (Secretary) of New York Women Composers.

Silverman has lectured in Europe and throughout the United States, often as a visiting composer. European engagements have included lectures at Fryderyk Chopin University of Music in Warsaw sponsored by the Maestro Foundation (April 2014), and a lecture to members of the Lithuanian Composers Union and composition students from the Lithuanian Music and Theatre Academy followed by pre-concert talks and a radio interview (May 2009), sponsored by the U.S. State Department, and guest composer at Donne in Musica (4th International festival) held in Fiuggi, Italy (September 1999). In the United States, she has been a visiting composer at the Aspen Music Festival, Capital University, Edinboro University Indiana State University, the International Women’s Brass Conference, the Philadelphia Arts Alliance, Southern Methodist University, SUCO at Oneonta (1st Festival of Women Composers), Tidewater Festival, University of North Texas, University of Utah and the University of Wisconsin at Madison, to cite a few examples.

Silverman is also the author of several articles, record reviews for The Baltimore Sun, and the 20th century section of the Schirmer History of Music. An accomplished pianist as well, former student of Irma Wolpe and Russell Sherman, she has recorded for Radio Cologne (WDR), and has performed at the International Festival of Experimental Music in Bourges, the Library of Congress, and as soloist with the Brooklyn Philharmonic.

For further information, please visit her Web site at www.fayeellensilverman.com.

Her music is published by Subito Music Corp. and is available from their online store https://store.subitomusic.com/ and from all music dealers.