Thank you to those of you who purchased tickets to the 2022 Baltimore Holiday Brass Concert. Online tickets are now sold out but a limited number will be available at the door. If you have any questions, please feel free to reach out to us at hbbaltimore@gmail.com

We look forward to seeing you all this holiday season!

“For me, I must start with my deepest thank you to Susan for having the vision and courage to start IWBC, then dreaming up the HB concerts to pay for it! In the Fall of 2003 I was on tour in the Midwest with The United States Army Field Band and spent some time with Susan where she suggested I bring this concert and its concept to Baltimore.  It seemed daunting, but she said she would help me so I flew back to play and observe her show in 2003.  Needless to say, it was amazing, brass players everywhere, choirs everywhere and more volunteers than I had ever seen at a single event! If that wasn’t enough they did it twice with a meal in between! So I came home with a vision and the support to try to bring it to Baltimore.

Initially I had to find a church to host us.  This was not easy, I knew ultimately we needed to end up in a big space like the Cathedral but we couldn’t start there. My dear friend Joni was in the choir at a little church in Catonsville and that is where we started.  So in June of 2004 the preparation began.

We decided on the first Tuesday after Thanksgiving to be our date, that way we would be the first show of the holiday season.  I picked a program of music from Susan’s past shows and the choir people helped me pick their tunes. Then, I had to find players and explain to them what we were doing. I was able to get Laurel Ohlson from the National Symphony Orchestra and Ed Hoffman from the Baltimore Symphony Orchestra and a few others from the local orchestras. All the rest came from our amazing DC military bands. Next came the spreading of the tunes and players around the church and trying to not have any one person playing on back to back tunes. YIKES !

Then, I had to get an audience.  First I visited about 20 retirement communities, giving away CD’s and selling group rate tickets. I printed flyers and distributed them to band teachers and music stores, and bought airtime on the local classical station. We sold the tickets out of our home so we just prayed the phone would ring. The weekend before the show Susan called and asked how we were doing and I was a complete stress ball, worried no one would come. She told me it was going to be fine and to keep giving away tickets and never let anyone see me sweat!

So the first one happened, the little church was full and everyone loved it!  Most notably, our local radio station announcer agreed to announce our event and he loved it so much he made me promise to keep it going forever. Everyone breathed a sigh of relief and we were off and running.

The second year we did it again at the little church but added the famous Highland Cathedral with bagpipes and brass to close the first half. The place went crazy!!! In the third year, we moved our Baltimore Holiday Brass concerts to the Cathedral of Mary Our Queen in Baltimore and we have sold out ever since.

I feel lucky to be able to bring so many people together to celebrate the holidays; it has truly become a Baltimore tradition, which is why it works.  As an organizer I have to create a sense of belonging to a community where the volunteers, choirs, brass players, conductors, and audience members all feel like they belong.” 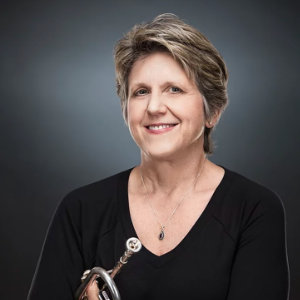 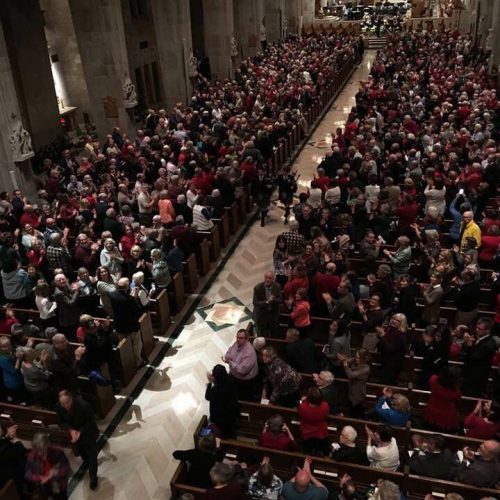