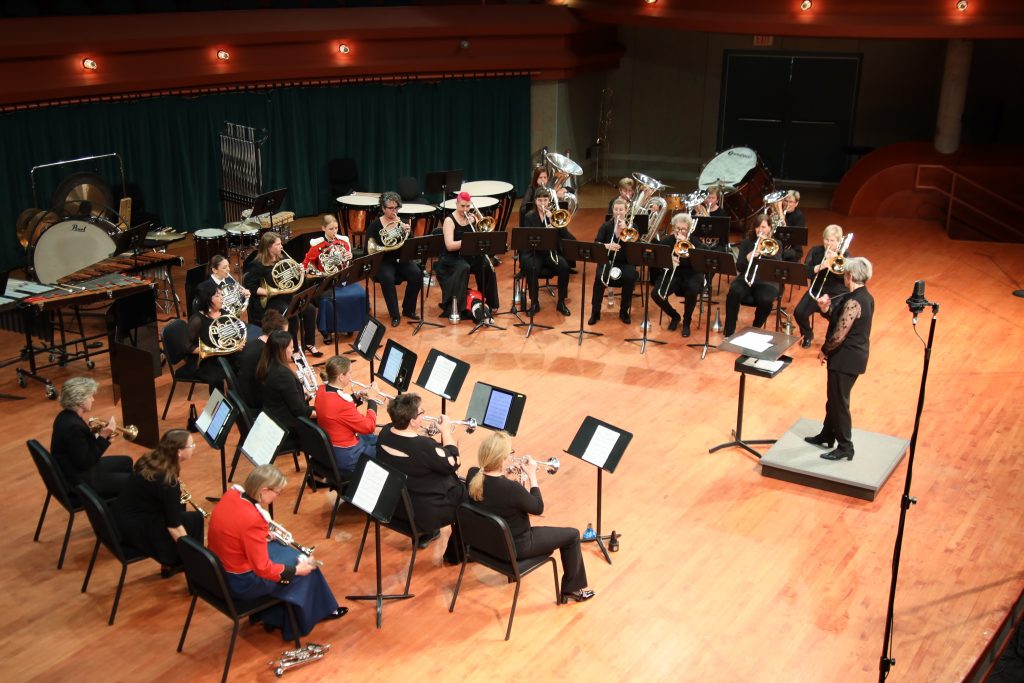 In the tradition of the highest artistic levels of brass playing, Monarch Brass was founded by Susan Slaughter, retired principal trumpet of the St. Louis Symphony Orchestra.  This musical ‘dream team’ has and continues to represent the very best women brass soloists, orchestral, and premiere military band players throughout North America and Europe.  Impressed by the wealth of prominent women brass artists assembled at the first International Women’s Brass Conference (IWBC) held at Washington University in St. Louis, Missouri in 1993, Susan’s idea for Monarch Brass took root.  Her goal was to give larger prominence and visibility to accomplished women brass players to audiences in a field that has been historically dominated by men.

In 1996, as Susan was deciding on a name for the newly formed group, a monarch butterfly appeared. Inspired by the resilience, strength, and beauty of this creature, Susan’s inspiration for the name ‘Monarch Brass’ came into being as a way to describe the women brass players who are members of this ensemble. Monarch’s vision has always been to display the special power, strength, musicality and lyrical sound distinctive of the brass instruments.  They have accomplished this through performing traditional, unusual, fresh, and familiar repertoire composed for, and well-suited to brass. 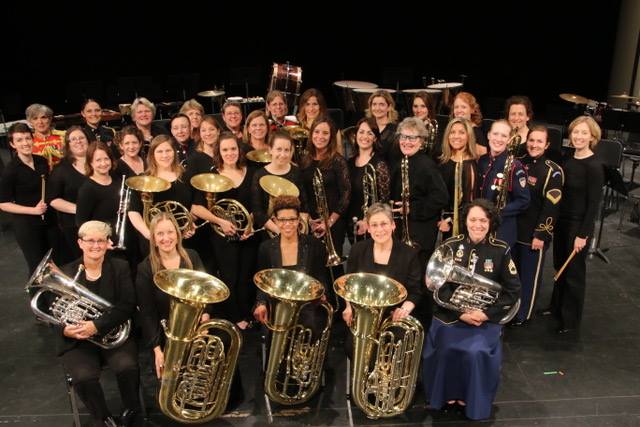 Monarch performances have been led by the musical vision of many of today’s leading women musicians and conductors.  Those who have occupied the podium of Monarch include Sylvia Alimena, Marin Alsop, Heather Buchman, Victoria Bond, Daniela Candillari, Carol Crawford, Apo Hsu, Michelle Rakers, Elizabeth Schultze, Marie Speziale, Mallory Thompson.  Monarch’s inaugural tour occurred in 1996 with performances and educational outreach initiatives in Oklahoma, Michigan and Kansas.  Besides performing at every IWBC Conference since 1997, other appearances include tours to Germany and Italy in 1999; The National Museum of Women in the Arts in Washington D.C. in 2000; the International Trumpet Guild conferences in Glassboro, New Jersey in 2006; Columbus, Ohio in 2015; and San Antonio, Texas in 2022; and the International Trombone Festival. In December 2016, they performed by invitation at the 70th Annual Midwest Clinic in Chicago, Illinois, and in 2018 at Montclair State University in Montclair, New Jersey.

Because the members of Monarch Brass have musical careers in many different places, all come and convene for a few days of intense rehearsals before each performance. The group has garnered a reputation for world class musical excellence not only in the brass world, but larger musical community.  An atmosphere of professionalism, dedication, mutual respect, inclusiveness, friendship and a sheer joy of performing with each other infuses the group’s work and performances each time they come together.  As Susan Slaughter describes it, “When with Monarch, it’s like being in Heaven. Everyone wants everyone else to succeed.  That’s why we excel—we ‘feed’ off of the support for each other.”

An important initiative to the mission of the IWBC is to commission works written for brass, and in particular by women composers.  Works commissioned for and premiered by Monarch include The Four Winds, Opposable Thumbs, and Throw Caution to the Wind by Carolyn Bremer; Fanfare for AnnieO by Joan Deak; State of Mind by Dorothy Gates: Reincarnation and Dance; State of Mind by Dorothy Gates: Reincarnation and Dance; Reincarnation and Dance by Alice Gomez; Origenes by Tania Leon; Brazen Overture and Brass Flight by Libby Larsen; Wave by Paola Prestini; Dialogue Continued by Faye-Ellen Silverman; Towards Light by Stella Sung; Fete by Augusta Read Thomas; The Face of Water by Marilyn Strude; and JB Montage by Amy Williams.  At IWBC’s 1997 Conference, Faye-Ellen Silverman wrote At the Color Café for Monarch Brass who also premiered it with Velvet Brown conducting.  In 1993, Celebration Fanfare by Joan Tower, written for the IWBC, was performed by an all-female brass ensemble at the White House in Washington, D.C. in conjunction with an event held by the International Women’s Forum (IWF). This performance was given as an appreciation to the IWF and Kerr Foundation’s sponsorship of the 1993 IWBC Composition Contest awards.  Though the group that performed was not officially Monarch Brass, the performance was another element that helped pave the way for the group’s eventual formation. 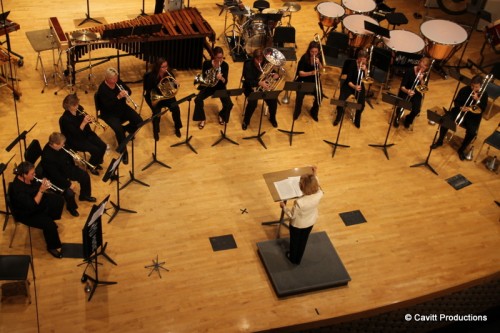 Fill out the form below to apply to be considered for the ensemble.